Beatrice Shatters the Cycle of Poverty

“Losing my biological father at a young age and being abandoned by my stepfather made me feel that everything was lost,” said Beatrice. “Little did I know that Zoe Empowers would come and change the direction of my life.” – Beatrice

Beatrice’s earliest memories are in the hot, dusty fields with her mother, Verina. After Vernia’s husband died in a motorcycle accident shortly after she gave birth to Beatrice, she had no option but to bring her newborn daughter along when she ventured to find work in their rural Malawi village.

Strapped to Verina’s back, Beatrice quietly observed Verina’s grit as she picked crops and pulled weeds and watered rows for as long as it took to get the job done. The pay was never enough, but it kept them alive. The mother and daughter maintained this routine until Beatrice reached school age, when she exchanged the fields for the classroom.

Then Verina met and married a new man. Finally, they had someone to help them, Beatrice thought. She believed their hardest days were behind them. Her mother had two additional children with her second husband. But, as a family of five, their needs only increased, and it soon became clear Beatrice’s stepfather wasn’t interested in the role of provider. He abandoned the family to marry another woman in a neighboring village.

Beatrice was heartbroken by the betrayal as was Verina. They resumed the grueling hours in the fields to earn enough for the family. For the better part of a decade, they subsisted on one meal a day. Their home fell into disrepair, and there wasn’t enough money for any of the siblings to attend school. They wore ill-fitting, worn clothing and were often sick from malnourishment and malaria and parasites borne in contaminated water.

This was how the family was living when Zoe Empowers entered their community in the spring of 2020.

Once accepted into the empowerment program, Beatrice wasted no time getting her first business off the ground. Given her childhood, farming was a natural business choice for Beatrice. Zoe offered her a grant to purchase two pigs, which she quickly reared into seven. She sold two pigs, and used the profits to launch another commercial vegetable farming business, growing leafy vegetables, tomatoes, soybeans and maize. 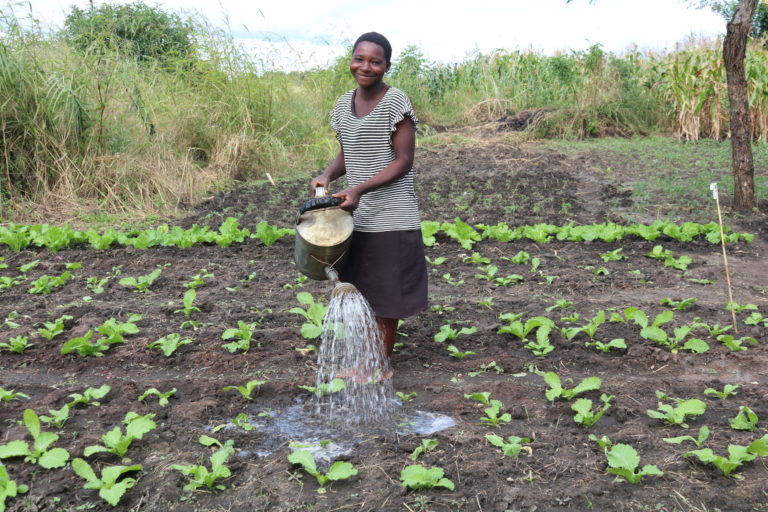 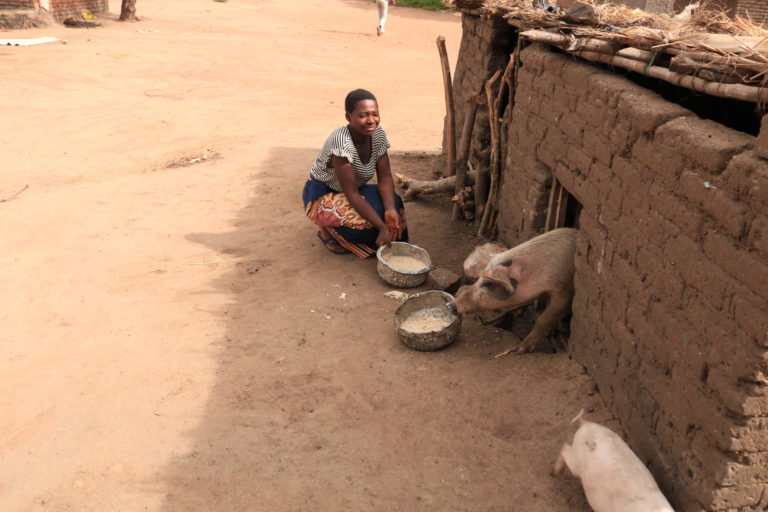 From day one, Beatrice said her goal was to ensure her family had enough food at all times, and after her first year with Zoe Empowers, she has already achieved it. The family now eats three meals a day, and Beatrice sells the surplus vegetables at the local market. Her siblings have enrolled in school, and their home has been repaired, although Beatrice’s new dream is to build a new, larger home for her family. 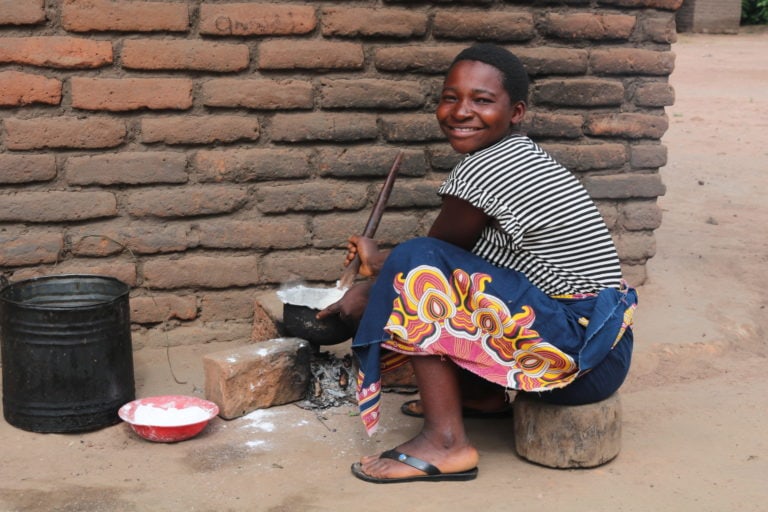 More recently, Beatrice has begun to explore other avenues of entrepreneurship. Some days she makes and sells doughnuts from a small kiosk. She also hired three men in her community to mold bricks, which she knows she will be able to sell for a sizable profit due to the current demand for building materials.

Despite the setbacks of the pandemic, Beatrice currently has FOUR businesses in action, and she has no plans of stopping any time soon. Her spunk and ambition are truly contagious, and she is admired and respected in her empowerment group. In her community and at church, Beatrice often volunteers her time and talents, citing the need to reciprocate the support she received when she was struggling.

“Losing my biological father at a young age and being abandoned by my stepfather made me feel that everything was lost,” said Beatrice. “Little did I know that Zoe Empowers would come and change the direction of my life.”

While Zoe Empowers gave Beatrice the opportunity, she is the one who has put forth the effort. And she is not alone. Thousands of orphans and vulnerable children like Beatrice have the same work ethic, dreams and talent. They are just waiting for their chance to reach their full potential.

380 million children are trapped in the cycle of poverty.

You can change this! Empower one orphan for only $8 a month over three years.

How many children like Wayne and his siblings can you give lasting sustainable change?