Beyond Graduation: Children Thrive Into Adulthood

Anyone’s eyes would bulge when entering Diffati’s property. Outlined by a ten-foot brick wall that took four men (hired by Diffati) over a year to build and secured by an industrial steel door, the property’s construction has a noticeable level of stateliness.

Even more impressive is that only seven short years ago Diffati was a young boy, brand new to the Zoe Empowers program.

Diffati welcomed our group as he unlocked the chain and slid open the door revealing an expansive space. 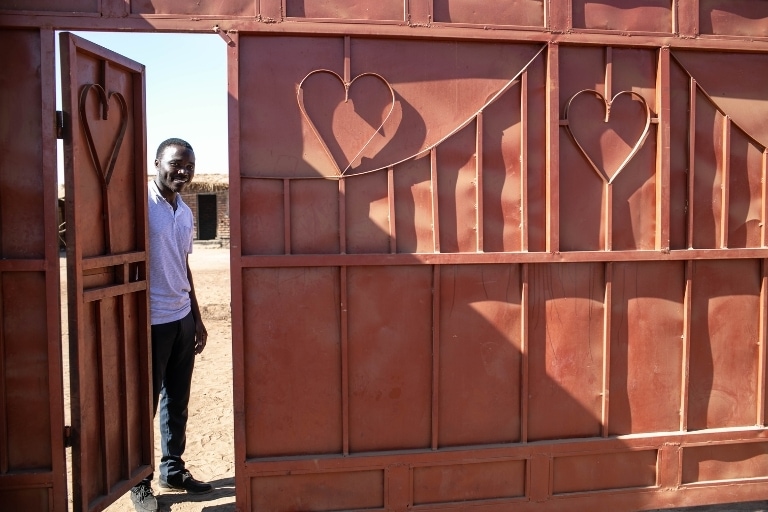 His many animals—cows, goats, pigs, dogs—roamed freely in and out of their designated structures, which dot the compound’s perimeter. 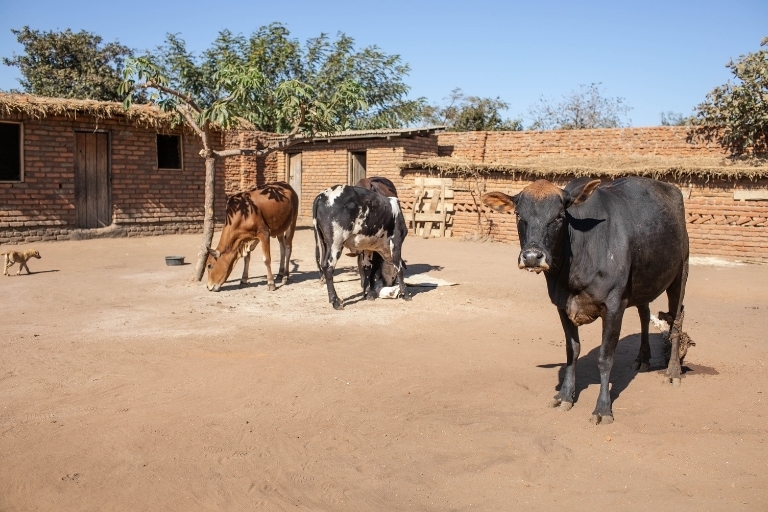 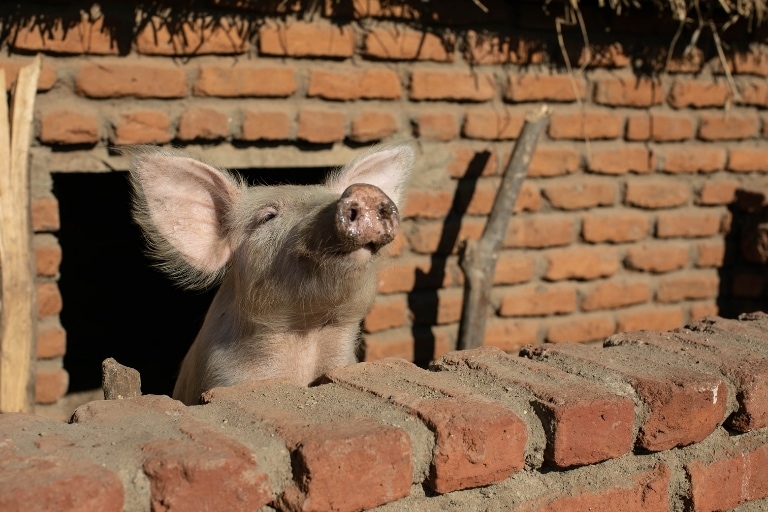 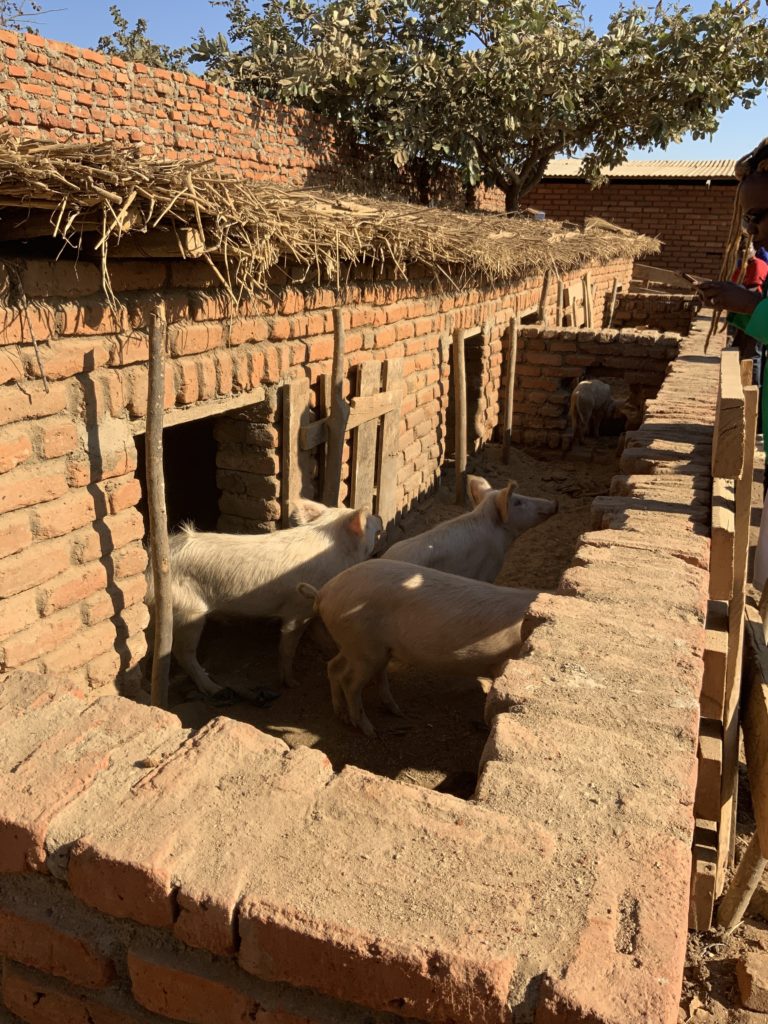 The property is undeniably impressive. It’s also a stark contrast from Diffati’s upbringing in the rural Malawi village of Madisi.

When Diffati was a young boy, his father passed away, leaving behind Diffati and his younger sister, Zione. Because Diffati’s father had been the primary breadwinner, suddenly, they were left without a source of income.

Diffati and Zione dropped out of school to find labor jobs on local farms. Meals became sparse, as did access to clean water and proper medical care. They rented a single room, but for cultural and privacy reasons, Diffati was forced to find other places to sleep.

The handful of years Diffati and his sister spent living in extreme poverty were excruciating. Diffati questioned if God loved him. Because if He did, why would he be burdened with such suffering?

“People in the community would call me a hopeless person. They would run away from me in the street,” he said. “I spent a lot of time alone.”

Diffati’s hopeless days came to an end in 2014 when Zoe Empowers Malawi established a presence in his community. He was accepted into the program and immediately got to work on his business plan alongside his empowerment group members.

Initially, Diffati trained to be a barber. As word spread of his new skill, he grew a solid customer base and confidence in his abilities as an entrepreneur. Eventually, he started a shop selling cooking oil and eggs, and later on, phone accessories and second-hand clothing.

By the time Diffati graduated from the empowerment program in October 2016, he was able to use the profits from his shop to acquire livestock. Only one year later, he had saved enough to begin constructing the compound mentioned above. In 2018, he moved in.

In the back of Diffati’s compound sits a two-room home. Diffati explained that his cousin, who he has since hired to look after his livestock, stays in one room, and he rents the other out for $25/month. He stays in town in his other home, but he is always bouncing back and forth overseeing the operations. Over the years, Diffati has hired several community members to help him with his various businesses, and he has trained dozens more.

Today, Diffati is a young adult and part of the Zoe Empowers Alumni. His transformation is apparent on the outside—a well-groomed appearance, warm smile, sizable compound, multiple businesses—but when asked, Diffati admitted the changes he is most grateful for are not necessarily tangible.

The friendships, mentors, encouragement, and support he received from his Zoe Empowers peers and community members are invaluable to him. The spiritual development he experienced with his group members allowed Diffati to love and be loved in ways he could not have imagined. He chose to include hearts in the design across his front gate as an intentional reminder of God’s love and the love from his empowerment group. He credits his faith in God as the reason he has life.

In the future, Diffati dreams of marrying a woman who is equally hard-working and strong in her faith, someone who will dream big with him. He envisions himself as a father who will pass down his knowledge and skills to his future children, so they don’t suffer the way he did. He believes his own father would be proud of all he has accomplished.

You can give empowerment every month.

A monthly gift of $8 over 3 years empowers one orphan out of poverty. How many children like Diffati can you give lasting sustainable change? 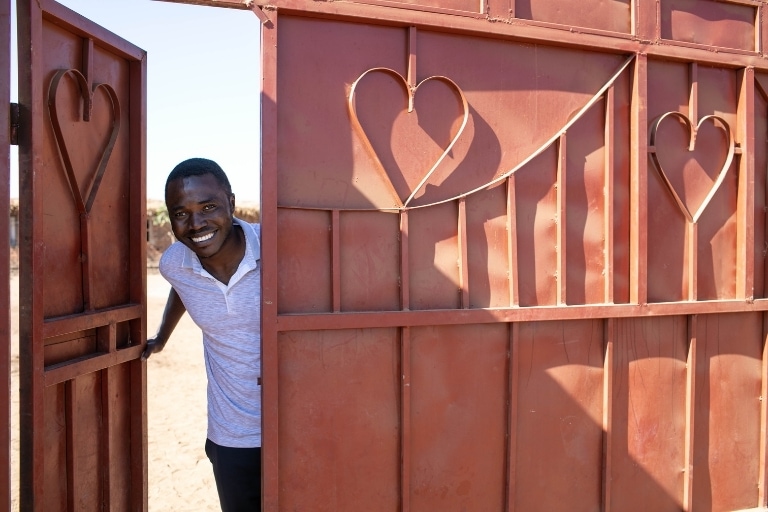